Small-scale pellet producers began manufacturing wood pellets in the UK around 2002 by investing in workshop-scale pellet mills to make use of their waste dust and shavings. Wood pellet was used to convert coal in public buildings such as schools and offices that are operated by local authorities.

A similar transition was taking place in coal-fired power stations as they switched to cofiring with biomass. Before wood pellets were chosen as the optimum fuel for cofiring with coal, power generators tested many types of biomass fuel, such as olive pits from Spain and Italy, straw pellets from local farmers, and waste wood from industry.

The UK has developed a biomass boiler market of about 16,500 commercial and industrial systems and 12,700 domestic systems since the Renewable Heat Incentive was introduced as the main support mechanism for biomass and other renewable heating systems. In terms of the number of installations, about half of the commercial and industrial systems run on wood pellets, while almost all of the domestic systems do as well.

Domestic installations have been supported by a version of the RHI tailored specifically to this market. They started at just two systems in the first month of the scheme (February 2014), peaked at nearly 1,300 systems in December 2016, and then dropped to 28 new installations per month by the end of 2018. In the domestic wood pellet market, growth has stagnated due to the built-in cost control mechanism in the RHI, which has systematically reduced payments for new schemes. 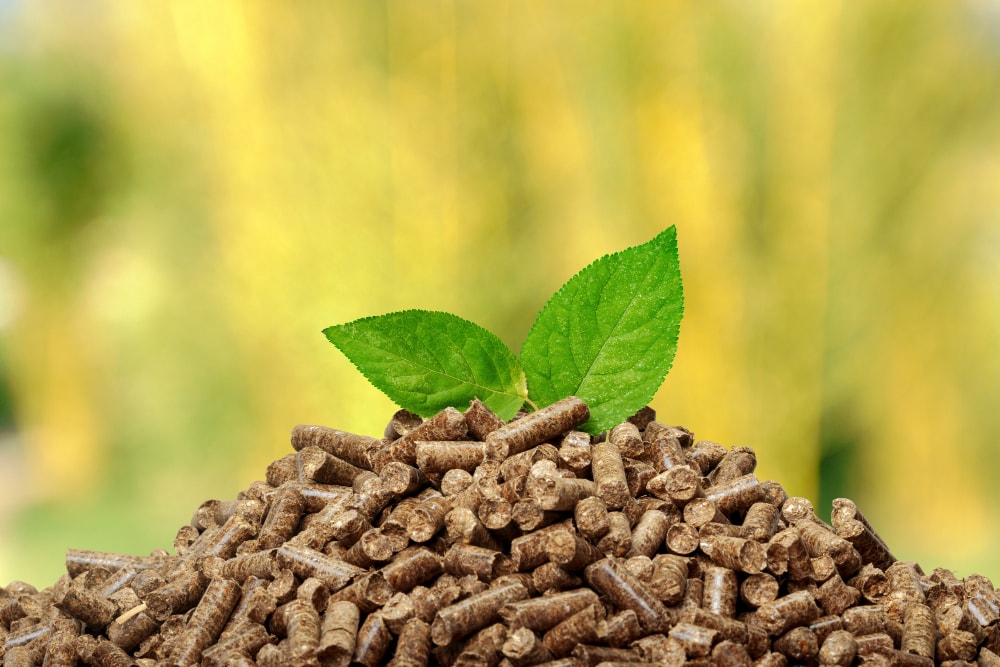 As a result of the same cost control mechanism that has slowed the domestic sector, smaller boilers (less than 200 kW) saw solid growth between June 2013 and July 2015. For boilers below 200 kW, pellet-fired boilers were the most popular choice due to their relatively small size and application in low duties such as space heating. In December 2014, the market peaked at around 2,100 installations, before dramatically declining in 2015. A few dozen systems have been installed every month since then, with some months seeing only single-digit growth.

Due to the better economics of using this cheaper fuel in larger boilers running at a higher duty, wood chips have been the wood fuel of choice for boilers above 200 kW. In the UK market, there are some exceptions to this rule, but in general, the larger the boiler, the more likely it is to use wood chip.

The UK manufacturing base produces around 300,000 MT per year of pellets due to this market growth, most of which has occurred since 2011. However, this figure has fluctuated sharply since 2017 due to industry restructuring. Approximately half of the UK’s annual wood pellet heating needs are met by this capacity, with the remainder coming mostly from the Baltics, Russia, and Portugal.

Each year, 650,000 MT of pellets are used for heating in the UK, the majority going into commercial applications, despite a fundamentally similar supply chain. ENPlus certified pellets are mainly delivered to end users using bulk tankers from UK pellet mills or ports via regional depots, usually via regional depots.

Although prices have fluctuated modestly in recent years, they have not fluctuated as much as fossil heating fuels. The winter of 2017-’18 saw a particularly sharp rise in prices and shortages in some parts of the country, due to structural issues in international supply chains and a temporary drop in UK production. During winter 2018-19, prices did not spike again, and they have since stabilized.

Following the end of the RHI scheme in March 2021, the UK government established the “RHI Closure Panel,” which includes representatives from government, advisory bodies, trade associations, and industry. At the same time, no RHI 2.0 scheme was introduced. Group members will investigate how to ensure that those already on the RHI scheme-which for commercial customers runs for 20 years from the date of registration-are monitored and supported to ensure they meet their ongoing obligations.

How to Save on Energy – Biomass Energy Advantages and Disadvantages

Biomass energy also referred to as bioenergy or green energy is a renewable form of energy. Wood biofuel is the most significant sources of biomass energy.

END_OF_DOCUMENT_TOKEN_TO_BE_REPLACED

What are Renewable Resources?

In this article, we will talk about what renewable resources are, including examples and characteristics, and compare them to nonrenewable sources.